Solution home How To Guides Bet on Instant Games 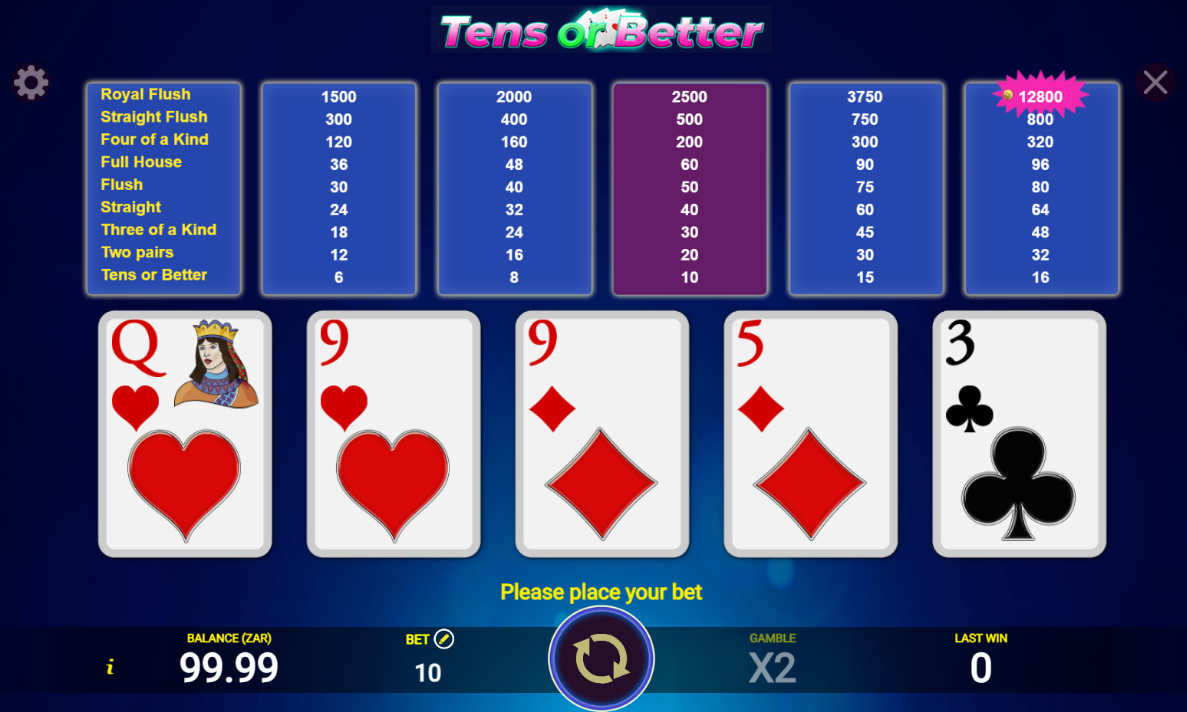 The player can deselect those cards and mark different ones, as they wish. The rest of the cards are "disposed". A second round starts, after the selection of the cards that will be held is made. The "disposed" cards are replaced with different cards from the deck of cards. If there is a winning combination, at the end of the second round, the player wins that amount. Malfunction voids all pays and plays. 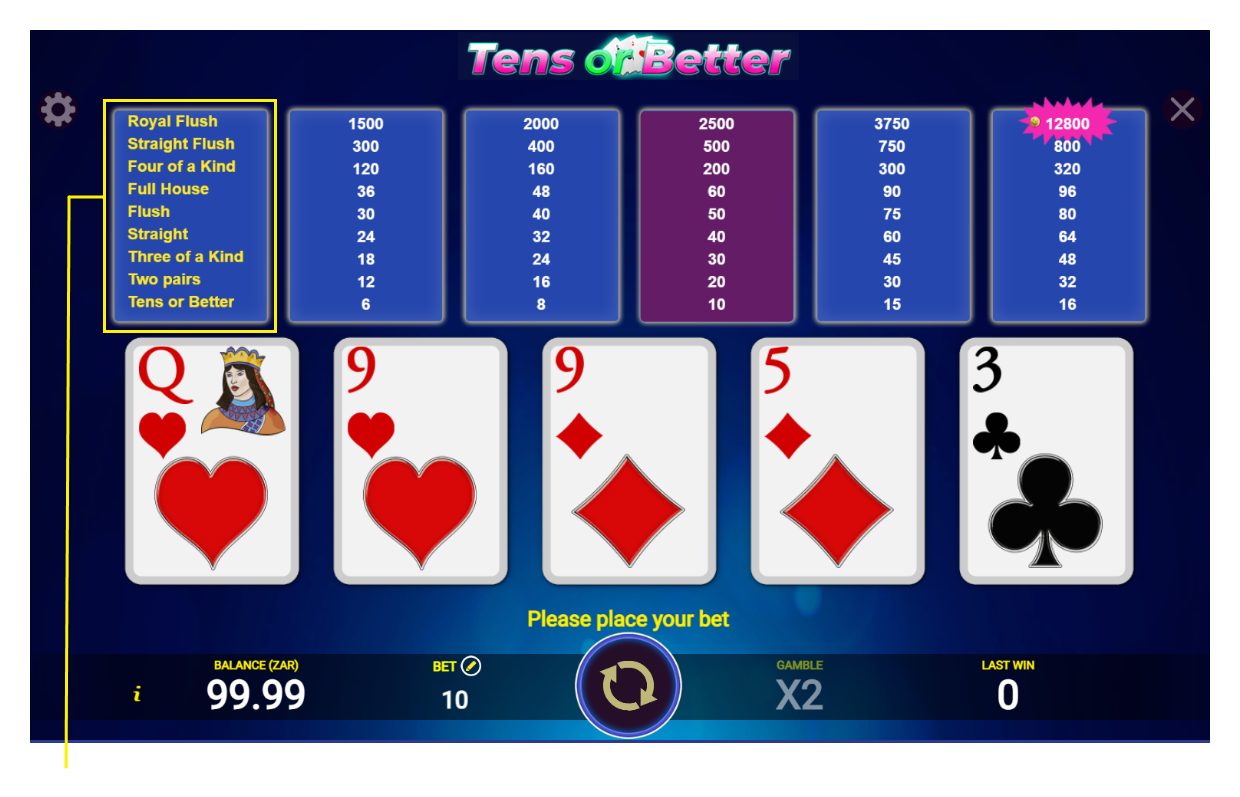 The Highlighted section indicates the Hand Rankings known to poker. 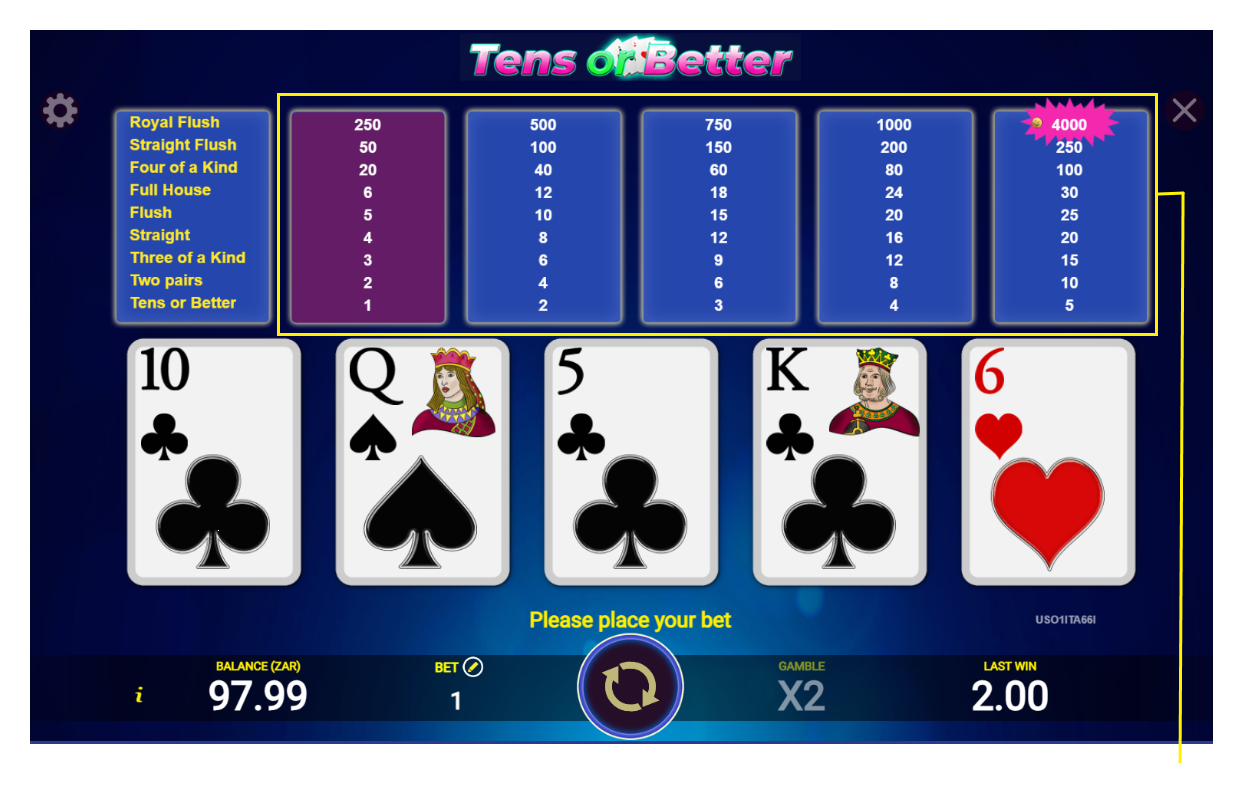 The highlighted are Pay Tables, the lowest payable amount is R1 and the highest is R4000. The player cannot use all Pay Tables at once, the bet stake determines which table is used. 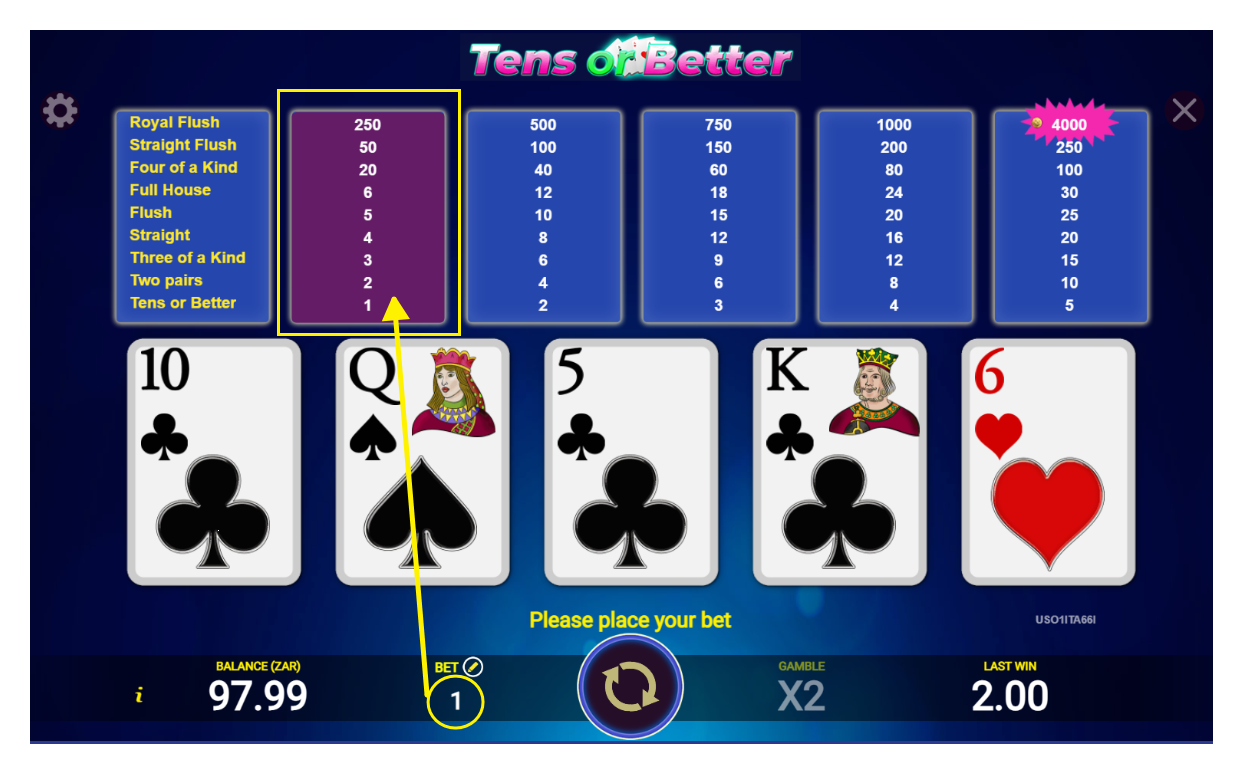 If the bet stake is R1, then the highlighted Pay Table will be used. 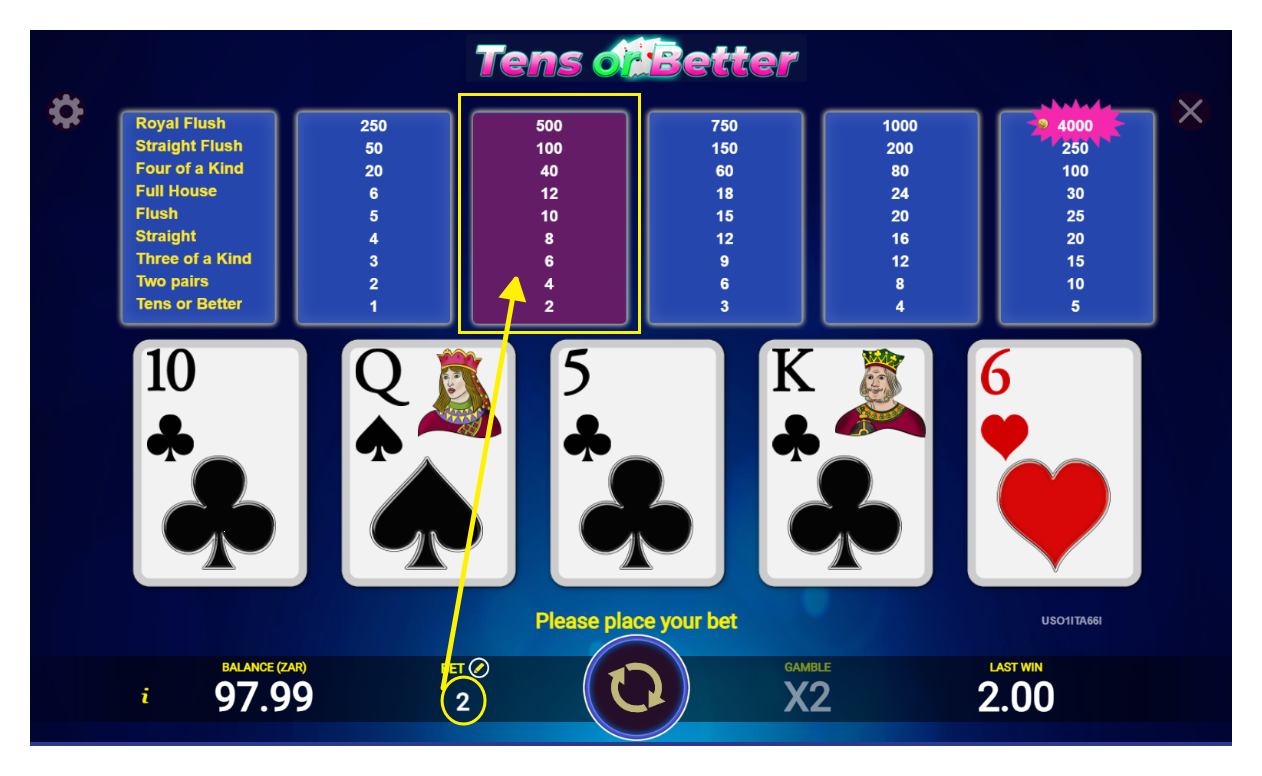 If the bet stake is R2, then the highlighted Pay Table will be used and so forth.

Did you find it helpful? Yes No

Send feedback
Sorry we couldn't be helpful. Help us improve this article with your feedback.